THE WESTMINSTER ALL PARTY PARLIAMENTARY GROUP ON RARE, GENETIC AND UNDIAGNOSED CONDITIONS

What is an All Party Parliamentary Group?

All Party Parliamentary Groups (APPGs) are informal, cross-party interest groups of MPs and Peers interested in a particular issue. APPGs do not have any power to make laws and are not funded by Parliament. There is a great number of APPGs, covering many and diverse fields such as health, education, transport, defence, finance, the media and sports. 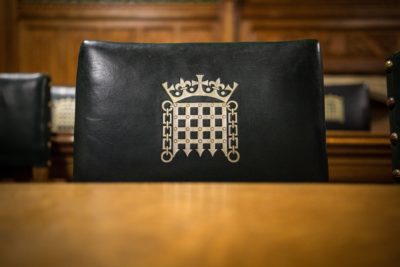 About the APPG on Rare, Genetic and Undiagnosed Conditions

The aims of the group, agreed by members, are to increase awareness of rare, genetic and undiagnosed conditions in parliament and help ensure that patients and families affected by these conditions have access to appropriate care and support.

The APPG provides a useful forum for parliamentarians to meet patients and families, who are often vital to converting complicated and abstract debates to the everyday reality of people’s lives. It also provides the opportunities for MPs to learn about the many similar issues facing patients and their families. The APPG helps to give patients affected by rare, genetic and undiagnosed conditions a voice in parliament.

What has the APPG worked on so far?

The Impact of Covid-19

The APPG held a virtual meeting to discuss the impact of Covid-19 on those affected by rare, genetic and undiagnosed conditions.

At our Westminster Rare Disease Day reception on 26 February 2020, the APPG met to discuss the strategy for rare diseases and alert cards. Liz Twist MP was elected as the new Chair of the APPG and vice chairs and officers were also elected.

On 23 July 2019, the APPG held a meeting on Genetic Alliance UK’s newborn screening patient charter, which lays out recommendations for how to improve the UK’s newborn screening programme. The meeting spurred discussions around how the recommendations from the charter could be implemented and what impact this would have on rare, genetic and undiagnosed conditions in the UK.

On 27 February 2019, the APPG held its Annual General Meeting at the 2019 Rare Disease Day reception.

On 23 January 2019, the APPG held a meeting on social care and rare conditions. The hearing provided attendees with the opportunity to hear real life experiences of those using and working within the social care system.

On 3 December 2018, the APPG held a third hearing on access to rare disease medicines in England. The hearing provided attendees with the opportunity to hear from individuals and organisations with experience of working in the field of rare diseases. An update was also provided on Genetic Alliance UK’s Resetting the Model project.

On Monday 9 July the All Party Parliamentary Group (APPG) on Rare, Genetic and Undiagnosed Conditions held a meeting on the effect of Brexit on European Reference Networks (ERNs). The APPG ran this event following guidance from Genetic Alliance UK.

Report on living with a rare condition: the effect on mental health

On Wednesday 9 May the Rare Disease UK campaign launched their report on the mental health impact of living with a rare disease. This work evolved from an inquiry conducted by the All Party Parliamentary Group (APPG) on Rare, Genetic and Undiagnosed Conditions, which identified mental health as a key issue facing rare disease patients and carers.

On 11 October 2017, the APPG held a second hearing on access to rare disease medicines in England. This was an opportunity to hear from industry experts about their experiences of the current systems under NICE and NHS England in assessing rare disease medicines. There was also the opportunity to hear from patient organisations about the difficulties they have faced in trying to access medicines.

The UK Strategy for Rare Diseases was published in November 2013 and sets out 51 commitments that, if implemented, will provide those living with rare conditions with the highest possible quality of evidence-based care and treatment, regardless of where they live in the UK. The four countries of the UK have until 2020 to implement the 51 commitments outlined in the Strategy. In order to help put these into action, each country agreed to develop its own implementation plan by February 2014. The departments of health in Scotland, Wales and Northern Ireland have all published country specific plans that reflect their respective health service structures and priorities. The Department of Health in England has not developed or coordinated a plan.

In October 2016, the APPG launched an inquiry into the implementation of the Strategy in England. On Rare Disease Day 2017, 28 February 2017, it published Leaving No One Behind: Why England needs an implementation plan for the UK Strategy for Rare Diseases.

On March 28 2017, in response to the findings and recommendations of the report, the Minister of State for Health, Philip Dunne MP, announced that NHS England and the Department of Health will develop an implementation plan for the commitments outlined in the Strategy.

As part of its inquiry into the implementation of the Strategy in England, in November 2016, the APPG hosted a series of hearings with patient representatives, the Department of Health and its arm’s length bodies:

On 11 October 2016, the APPG held a hearing on access to medicines. This was an opportunity to hear from rare disease patients, patient representatives, clinicians and industry experts to understand the issues they face in accessing medicines for patients affect by rare conditions within the current system in England.

In May 2016, the APPG launched its first report exploring the experience of families who have received a diagnosis via genome sequencing. This was a timely report given that genome sequencing is becoming quicker and cheaper with every passing week; receiving a diagnosis through sequencing is now a reality for families. The report was launched at an event in parliament, and the then minister in charge of rare diseases, George Freeman MP, received the report.

If you have any questions, or would like some further assistance, please contact Sophie Peet at [email protected] or call 020 7 831 0883.

This is not an official website of the House of Commons or the House of Lords. It has not been approved by either House or its committees. All Party Parliamentary Groups are informal groups of Members of both Houses with a common interest in particular issues. The views expressed in these webpages are those of the group.