OUR RESPONSE TO NHS ENGLAND: PRIORITISATION ON SPECIALISED TREATMENTS

Shortly before the Christmas/New Year break, NHS England published the results of their most recent prioritisation round, which decided which new specialised commissioning treatments and services would be made available in 2018/19. This is a twice-yearly process, and the culmination of the work of clinical reference groups and programme of care boards to select new care, treatment and diagnosis options. There are only three new additions from this round.

While we welcome the positive news for patients with primary ciliary dyskinesia and Stevens-Johnson syndrome/toxic epidermal necrolysis, the rest of the announcement demonstrated that there are still significant problems with NHS England’s prioritisation process. A particularly stark example of this can be seen with the treatments which were not prioritised for funding.

How does the prioritisation process work?

The members of the Clinical Priorities Advisory Group (CPAG) committee follow a process to place each treatment on a square grid, according to its ‘benefit’ and to the actual ‘cost per patient’ that benefits from the treatment (see more about how the prioritisation process works here ). The boxes in the square grid will then determine what level of priority is recommended for each treatment or service,  going from Level 1 (highest recommended priority for receiving NHS funds – those with greatest patient benefit and lowest cost) to Level 5 (high cost and low benefit treatments). NHS England then starts at level 1, and works down the list in order of decreasing priority, funding as many treatments or services as they can afford. For the most recent prioritisation round, this meant that all of levels 1 and 2, and some of level 3 could be funded.

We have been asking for greater transparency about how CPAG members weigh different factors to come to a judgment about the degree of patient benefit offered by each proposal. NHS England have produced a video which shows how this ranking fits into the bigger picture of prioritisation, but there is no published methodology for the actual ranking process, nor are minutes of CPAG meetings published, despite repeated requests from the patient community.  All we have to understand CPAG’s decision-making is the ranking of the treatments, published with the announcement of which treatments/services will be funded.

What have we learned from this set of recommendations?

The five treatments which have not been funded show the problems with the system, and the questions these raise show the need for transparency.  Remaining unprioritised in level 3 are two cancer treatments, which NHS England’s press release notes will be funded regardless through the Cancer Drugs Fund. In level 4 is another cancer treatment, a treatment for lung infections associated with cystic fibrosis, and artificial cornea for corneal blindness. There are no treatments or services which have been classified as level 5. 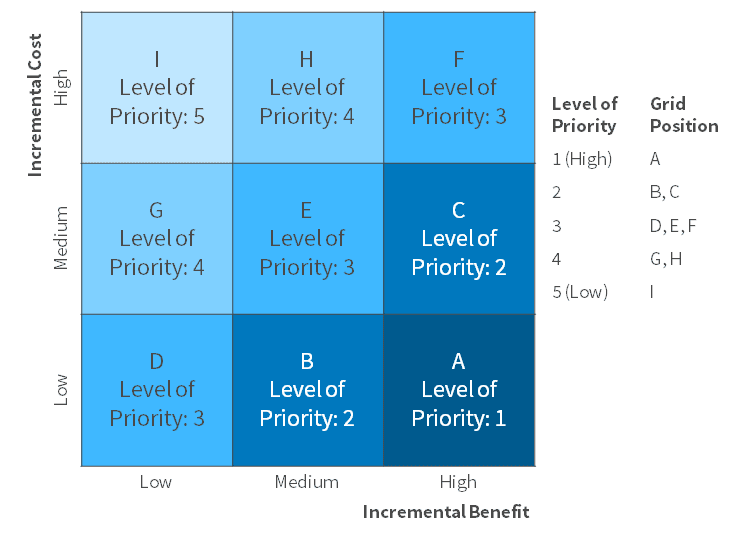 Any treatment ranked at level 4 must be either of low benefit and medium cost, or of medium benefit and high cost. We are confused by the positioning of artificial cornea for corneal blindness – which is a treatment that restores sight from a condition of painful blindness, and which costs about £3,000 for several years of sight.

Either CPAG considers this cost so high that it ranked this treatment fourth, or it considers the restoration of sight and relief of eye pain to be of low benefit. Both are perplexing findings, and without greater transparency, we will not know which of these is true.

The treatment for chronic infection in patients with cystic fibrosis has been shown to be as good as other inhaled antibiotics used for the same purpose at similar cost. This would therefore seem to be a useful additional option against difficult to treat infections.

There might be excellent reasons for this confusing situation. Greater transparency from NHS England, such as minutes from CPAG meetings, or a published methodology for ranking, would be an excellent way to stop us scratching our heads.