This year Eurordis, the European alliance of patient organisations, recommended that national alliances hold conferences for patient advocates to meet, network and discuss the future of European Reference Networks (ERNs). In response to this, Genetic Alliance UK will be holding a conference on the topic of ERNs on 17 September at our London office.

ERNs are virtual, Europe-wide healthcare networks working to treat those with rare and complex conditions. They link hospitals and clinicians, allowing for cross border sharing of expertise and knowledge and helping to provide diagnosis and treatment for patients. They also help to facilitate European wide research projects and the development of new medical technologies and medicines. There are 24 different ERNs organised around different disease groups.

The UK’s continued involvement with ERNs is threatened by Brexit. With the UK set to leave the EU and with no agreement in place for us to remain part of ERNs we have been campaigning for our membership to be protected. With our #ProtectERNs campaign we have written a statement calling for our sustained involvement and have asked people to sign a petition to show their support. 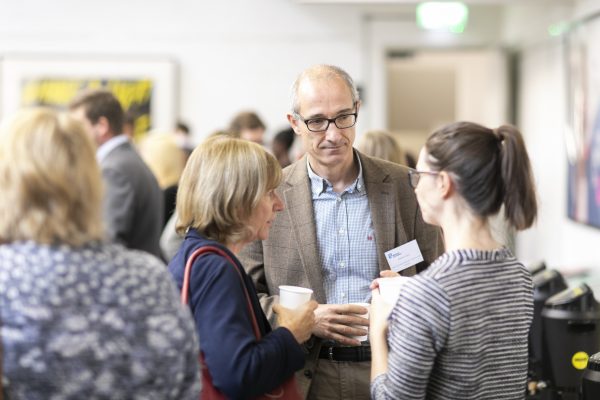 We have invited a mixture of representatives from the European Patient Advocacy Groups (ePAGs) which are patient groups connected to the ERNs, clinicians connected to the different ERNs, and policy makers. As well as being a chance to network, we will focus on the future of ERNs. This, given the uncertainty of Brexit, is particularly important and we will be examining how ERNs might continue if the UK leaves either without a deal or with a deal that doesn’t include participation in ERNs.

Alternative clinical networks are going to be of high importance if the UK is no longer to take part in ERNs. The afternoon session will be focused on looking at existing clinical and arm’s-length body networks, their negatives and positives and what models might be best suited to building future clinical networks in the UK. Also to be discussed in the afternoon is the government’s UK Strategy for Rare Diseases and how ERNs could be part of a refreshed strategy.