Ahead of the General Election in 2017, we re-launched Pledge for Patients, a campaign to help ensure that those who were elected would support patients and families affected by rare, genetic and undiagnosed conditions once in office.

Our members and supporters of our initiatives Rare Disease UK and SWAN UK were asked to write to their local prospective parliamentary candidates and ask them to sign the pledges below: 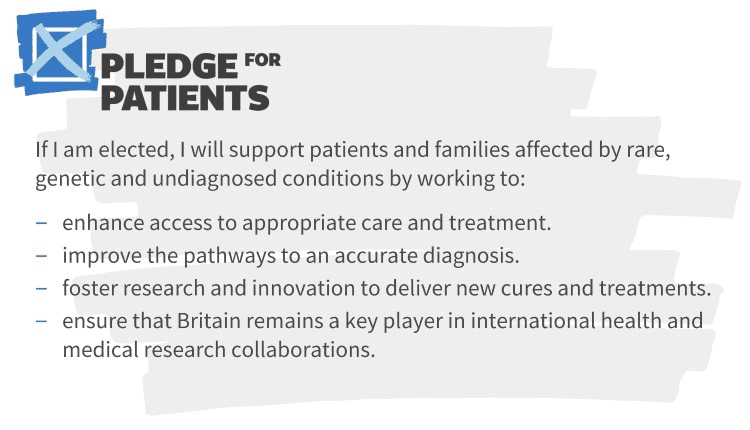 As a result of this contact campaign, 170 prospective parliamentary candidates backed the pledge from ten different political parties based across the UK. Of these, 40 were elected to Parliament. We are delighted to have the support of these MPs, and look forward to working with them as well as our existing supporters in both Houses in the coming year to help re-establish the All Party Parliamentary Group on Rare, Genetic and Undiagnosed Conditions.